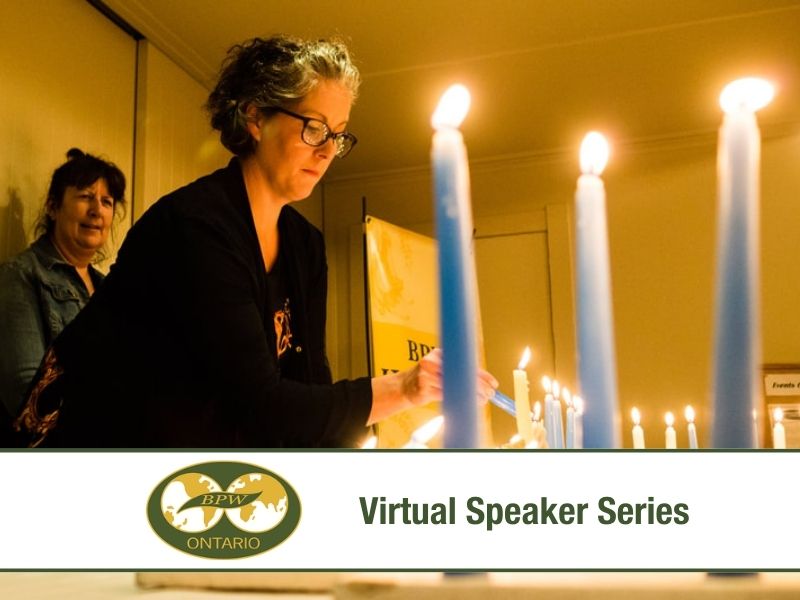 Barbara is a Shaw Festival alumna, well known for creating original productions focusing on local history and working with many local arts organizations and artists. She was a CBC Radio producer for two decades producing both the Shaw Festival and Stratford Theatre Series, and the ground breaking First Nations Legends and Myths. Barbara’s media productions include numerous short historical documentaries for NOTL Museum, Parks Canada, and includes the War of 1812 multi-media Canada-wide touring production, Flames of War, and the award-winning Voices of Freedom Interactive Park.

The events listed are hosted by BPW Ontario and open to guests from around the globe.
Please note that presentations are in English and all times listed are local to Toronto, Ontario, Canada.

Developing the business, professional, and leadership potential of women on all levels through advocacy, education, mentoring, networking, skill-building, and economic empowerment programs and projects across Canada and around the world.